CNBC LIVE BLOOPER - Toilet Gets Flushed On the Air !!!!!!

Someone else caught this classic "The Naked Gun" moment from "the air", and I downloaded it from the 'net and reuploaded it to my YouTube account so I could present it here for you all to enjoy.

Posted by MUSICOM Productions at 11:46 PM

Now this is a classic. "Penis" was still a rare word to hear on a Cable TV Talk Show in 1997. And to think some people are obsessed with "Penis".....Mr. Grodin? Not sure how precisely ever aired....Enjoy! DISCLAIMER: This was edited on a CMX Online Edit System, and NOT an AVID Edit System (nonlinear) - those were the days for most modern-day editors....

Posted by MUSICOM Productions at 2:13 AM

This one is one of the more classier Branding Sales Tape which focused on the wealthier viewers of CNBC, and why they should watch it. The stock footage professionally lit and shot helps as well. I tried different visual concepts throughout this one, with different 'acts' to go with the changes in music. Hope you notice the accents on all the key points in the message.

Posted by MUSICOM Productions at 10:31 PM

All the graphics were done in Title Tool, and the shines were done with Highlights, and no external effects (Sapphire etc.), because that machine didn't have them, and so, I feel this looks quite dated, but still has some class.

Posted by MUSICOM Productions at 11:53 PM

Intentionally campy, full of neat sound effects, the real Sputnik sound, and other funky stuff, Cramer in your suitcase is animated using lots of graphical elements scavenged off the internet. Another entry in the series of silly for Mad Money, with lots of keyframing.

Posted by MUSICOM Productions at 11:45 PM

Cramer, love him or hate him... this promo is another fun one in the series of silly. Any chance at using graphics and animating them, and using sound effects with video in Avid is usually an enjoyable undertaking...precision mathematical keyframing is always a challenging task. But maybe not all the time! I get cross-eyed after a few hours of this kind of stuff...

Posted by MUSICOM Productions at 11:37 PM

So a decade ago I visited Madurodam, a large park near The Hague, The Netherlands, that mostly is the home to the largest scale model of an entire country! So what better opportunity than to create interesting camera moves to give the impression of reality, however surreal when the 'giants' enter the Dutch world of Gulliver. I tried crane moves, extremely low angles, mostly at ground level, and other unusual camera moves one wouldn't normally do in the 'real' normal-sized world.

Posted by MUSICOM Productions at 11:22 PM

The mother of all compilations for a TV network edited and mostly produced by myself in the early 2000's. This promo reeks of urgency, and my music choice for this was by no accident. I also added some musical arrangement by adding musical percussion effects: the chimes, reverse cymbals, and timpani rolls for emphasis. I even took samples of the chimes, and cut them musically on the timeline to create the CNBC musical ID (with which I continued the traditional musical ident). You need to follow the ups and downs of the market? Well, duh! Watch CNBC, eh? Apparently was well-liked by many, and hopefully helped to the spike in ratings for that season. But my ego isn't that huge, but I'm trying.


Posted by MUSICOM Productions at 11:07 PM

This is one my favorites. Timed to a perfect 60 seconds, it is cut incredibly to the musical beat. Notice how all the 'sound bites' happen to be perfectly rhythmic to the music, almost like a musical percussive part. The stopwatch graphics were scavenged from the internet and I animated them in Avid. I'm hungry for a Power Lunch!!!

Posted by MUSICOM Productions at 10:47 PM 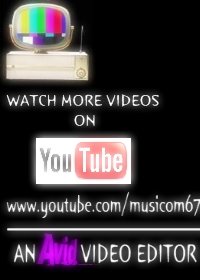 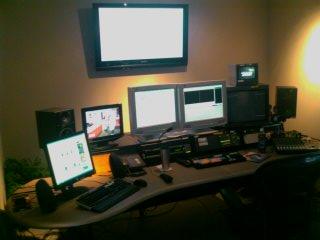